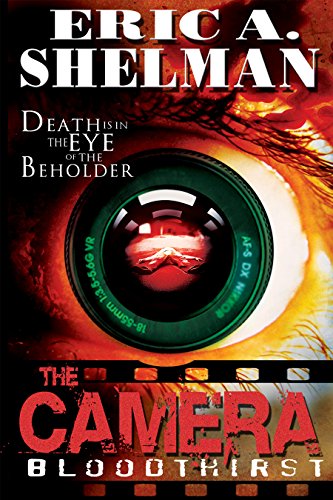 Some say that true evil never dies; it merely lies dormant, awaiting the next opportunity to rise from its dark lair and again visit itself upon humankind.

Jack Hunger, a cop in Lee County, Florida, never gave it much thought. He purchased the 20-year-old Pentax K1000 camera at a perfectly respectable thrift store, and it was to be the beginning of a new hobby for the reclusive crime scene photographer.

The dismembered body of rookie cop Justin Sims and the bullet-riddled corpse of Russian Mafia killer Sergei Veselov are Jack Hunger’s first subjects. The job seems to be just another brutal day at the office until he develops the photographs taken with his new camera in his home darkroom.

As the images of the two corpses appear on the photographic paper, something dark awakens, setting into motion a terrifying chain of events that threatens to shatter the sanity of Jack Hunger and his friend, Sheriff Wayne Olsen.

Together, the two men are plunged into an intense race against time, forced to push their own fears and all logic aside. They must stop the darkness in its tracks before it escapes into the shadowy streets of an unsuspecting world.

Be the first to review “The Camera: Bloodthirst” Cancel reply