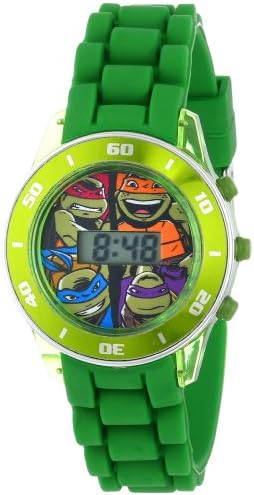 Created by Kevin Eastman and Peter Laird in 1984 as a parody pastiche of several of the most popular comic books of the time, the Teenage Mutant Ninja Turtles went on to become a global phenomenon. The original one-shot black and white comic published by Eastman and Laird’s Mirage Studios  generated a viral word-of-mouth campaign that resonated so strongly with fans, that the pair began publishing the adventures of Leonardo, Raphael, Donatello, and Michelangelo, the four fun-loving, hard-fighting brothers, as an ongoing series.
TMNT remained a niche pleasure for a growing group of comic fans until licensing agent Mark Freedman and Mirage Studios made a deal with Playmates Toys in 1987 to turn the Turtles into action figures. The momentum led to the development of an animated series with Murakami-Wolf-Swenson, under the guidance of Executive Producer Fred Wolf and David Wise. The resulting cartoon miniseries expanded to a full series in 1987.
Viacom purchased the TMNT rights in 2009 and announced a new animated series for 2012. Teenage Mutant Ninja Turtles, now a half-hour CG animated action-comedy series, breathes new life into the iconic characters of this wildly popular franchise. Emerging from their hidden lair in the sewers for the very first time, the band of reptile brothers will confront the wondrous and hostile world of New York City, facing enemies more dangerous and pizza more delicious than anything they could have imagined. Younger, funnier and ninja-ier than ever before, the show will explore the lives of four teenage brothers, learning to rely on themselves and each other as they unravel the mystery of their existence and grow to become the heroes they are destined to be.
OFFICIAL TMNT WATCH: Kids’ watch has all the Ninja Turtles on the dial surrounded by a cool matallic green bezel.
BOX PERFECT FOR GIFTING: Easy to open box is perfect to gift wrap and has the official Nickelodeon TMNT logo on the top.
NON-TOXIC & SAFE: Every Nickelodeon watch is lab tested and are non-toxic, non-hazardous, and safe for children.
COMFORTABLE ADJUSTABLE STRAP: Adjustable, easy to buckle strap that fits most wrist sizes.